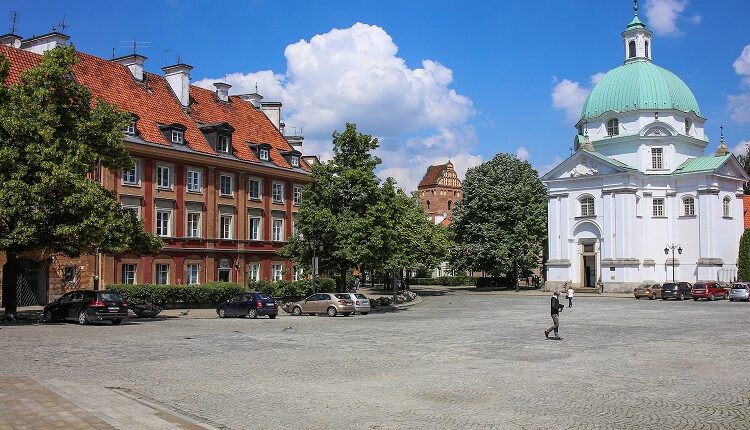 By Ponting Gann Last updated Nov 17, 2021
0
Share
Whenever you are looking for a perfect travel destination there are always certain cities that occupy virtually every single must-see list on the Internet. In case of Poland those would be Kraków, Gdańsk and Warsaw and rightfully so. As top travel destinations in Poland they are your safe bets, however, what if you are looking for hidden gems free from all the tourist traffic? We have reached out to a Polish travel agency ITS Poland for some pointers.

Down by the river

With a great number of rivers running through the country you will find plenty of riverside cities, such as Kraków, Gdańsk or Toruń. There are, however, a few that are not as well recognizable, yet definitely worth your visit. Among such settlements there is Bydgoszcz, where two rivers meet. The Brda river cuts right through the city centre and the old town creating an unrivalled and unique atmosphere for long walks by the river and cosy cafés and restaurants scattered around the Old Market Square will keep you busy well into the night. You may crash on the luscious green grass of the Mill Island overlooking world-famous opera house or enjoy one of the largest city parks in Poland – Myślęcinek. The Vistula river by the eastern city limits, on the other hand, offers a true raw experience of being out in the wild and once you cut through the woods you can admire the true magnitude of the greatest Polish river in its unspoiled beauty. Travelling down south, just about halfway between Katowice and Wrocław you will find a charming city of Opole by the Oder river. With its roots dating back to the early 13th century the city is filled with history. Numerous historic and modern sights such as the Piast Tower, the Holy Cross Cathedral, Zoo, city parks or Młynówka (overflow in the old Oder riverbed) will keep your travel itinerary packed with things to do and see.

The south of Poland is filled with captivating cities of all sizes. Among them there is Zamość – a delightful gem of a city prestigiously enlisted in UNESCO’s World Heritage List. The original settlement was meticulously planned as a perfect Renaissance city and its original city layout remained virtually unchanged throughout the years. Because of its compact size most of the historic city sights are well within the walking distance allowing for comfortable and relaxed sightseeing. Zamość is also an important cultural centre with numerous festivals and art displays. You may also enjoy a visit to Lublin, a major city in the south-east. With omnipresent signs of Lublin being a historic multicultural trading centre and its turbulent militant history, the city is one of a kind and offers a great deal of diverse sights for tourist. Be sure to visit the Lublin Castle, Trynitarska Tower and the Chapel of the Holy Trinity. Today, Lublin is a modern centre of science, culture, tourism and sport, as well as a thriving international business centre. Lublin is also an unofficial leader in the number of the festivals held in the city.

The beauties of the north

Last but no least we will have a look at the north of Poland skipping the major tourist centres of Gdańsk, Sopot or Kołobrzeg. The Polish travel agency suggest to have a look at Szczecin – a major sea port and part of the European Route of Brick Gothic. Although Szczecin is located as far as 100 kilometres from the actual sea the Oder river allowed it to be serve as a sea port that fuelled the local economy. The city itself is often compared to Paris due to its star pattern urban layout and eclectic townhouses. Szczecin is filled with traces of a number of various cultures as throughout history it was part of Duchy of Pomerania, Sweden, the Margraviate of Brandenburg, Kingdom of Prussia, Germany and Poland. A great deal of historic and often impressive historic sights, three large forest reserves and a close vicinity to the Baltic sea and Międzyzdroje summer resort make it a perfect travel destination. Alternatively, you may want to visit Elbląg, not too far away from Gdańsk. Although most of the city was destroyed in World War II, meticulous and extensive renovation works brought the city back to life and today tourist can enjoy a walk among tall and narrow tenement houses. Elbląg is also famous for its canal with difference in water level reaches up to 100 metres, where popular among the tourists’ ships are transported via a system of carriages on incline plates.

The cities listed above are just a handful of fairly major cities. Poland offers plenty of places worth visiting that are free from the tourist craze. There is still a multitude of smaller cities that are equally charming, which might be your perfect travel destination. All there is left for you to do is take your pick and when choosing the right place, you might reach out to the Polish travel agency ITS Poland. Their vast experience and helpful staff will make all your travel arrangements a breeze. Visit Poland and discover its beauty for yourself.

Reasons to visit Canada once in your life